(First off, I thought this was so funny and true….apologies if  you find it offensive….it’s not, we all poop…it’s called life…)

Well hello there folks, long time no see! It’s definitely been a while since I’ve dropped in.  I’ve missed you and in reality, I’ve missed ME! I’ve missed blogging and sharing things with all of you!

What a whirlwind of life these past two years have been.  I would describe it as riding a roller coaster and holding on for dear life because you’re not strapped in. I seriously had to take a break.

It began one morning in 2015 with a piece of fake news that sent an entire group of people, who I thought were my friends, into a frenzy of hate. It was amazing how in a short period of time they became experts on a subject they knew nothing about but thought it must be true because the media said so. They wanted to berate me into submission I suppose since in their mind, their opinion was the only right opinion.

Without rehashing that drama all over again, it made me seriously think about my time on social media and the effect it was having on my life.  Oddly enough, I felt bullied.  I can’t put into words the thoughts that ran into my head because I was dumbfounded.  I knew something had to change.

Looking back at that event, I’d love to thank them for their bullying.  It only made me stronger and really brought out the best of me. It forced me to re-evaluate what I was giving my priorities too. It also gave me the opportunity to take the high road.  Though I wanted to, I never retaliated.  I simply let them carry on. I remained silent, peaceable and knew that in the end actions would speak louder than words.  I believe I came out a winner, stronger and still have my values.

I decided right then that I needed time away to do some deep soul searching.  I realized that my life was full of brain clutter.  I was one of those that actually allowed what I saw on my Facebook newsfeed to shape my thoughts on who was successful and who wasn’t, what I should look like, be like, what I should do, how I should dress, what I should believe blah blah blah! I had found myself amidst a world of social media make-believe.

Unless you’re living under a rock deep inside a cave, you know this world is far from perfection. I don’t want to live in a fake world.  I don’t want fake friends.  I don’t want to portray that my life is a bed of roses and rainbows all of the time.  It’s just not reality. I’ve learned through my study of the Bible that it will be someday, but it’s not today.

The reality I do want to share with all of you is my personal stories. They’re real;  Sometimes, I triumph, sometimes I fall flat on my face literally and figuratively.  I’d love for my stories to touch you in such a way that bring you a measure of comfort and peace and courage to continue on if you are going through a rough period, but also some helpful ideas so that you don’t have to experience some bumps and bruises. There is room in this world for everyone to be successful.

I may not have some high profile college degree behind me, but I do have life experiences. I’ve dealt with everything from childhood cancer, divorce, building a business to death of my Mom.  You name it, it has likely happened to me.

Though I’ve broadened my focus beyond the craft industry, it’s still real life that I want to write about.  Real Stories about real people in real places doing really incredible things.  Maybe I’ll write about you?  I’m still going to write about my crafts, share DIY projects, show you places to visit (especially my hometown) and food you have to try.  Maybe I’ll meet you in this journey in person, or maybe we’ll just be virtual travel buddies. You may laugh, you’ll probably cry…but that’s okay.  We’re in this together.

I’ll be posting a few times a month here at first, sharing some of my people, places and things.  I’ll probably even tell you where you can get some great BBQ! You can sign up to get this delivered directly into your email box.  It will be the kind of mail you can look forward to! 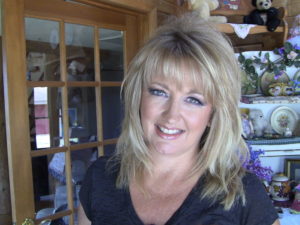 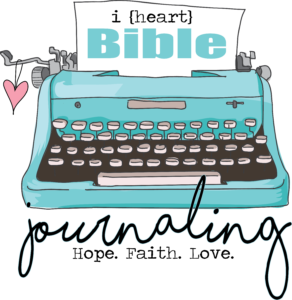